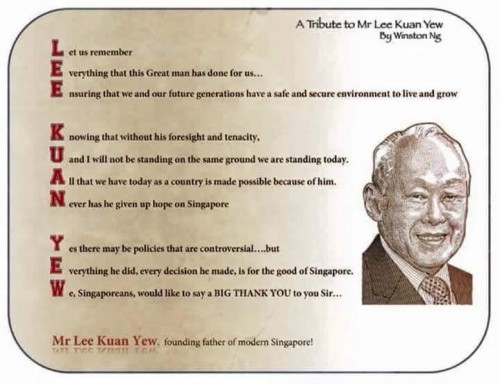 Before reading further into this entry, let us observe one minute of silence for the passing of Singapore’s greatest founding father, Mr Lee Kuan Yew on 23rd March 2015, a date all Singaporeans will remember as long as they live. May you R.I.P, Mr Lee.

It has come to my attention that although the media has repeatedly coined this term: “we’ve all owed Mr Lee Kuan Yew our economic success”, there aren’t any simple enough blogs on economic contributions by Mr Lee (plenty of academic research reports though). And since this is an economics blog, why not examine Mr Lee Kuan Yew’s economics contribution to Singapore during his term as the Prime Minister from 1965 – 1990 and the rock solid economic foundation he has laid for us? 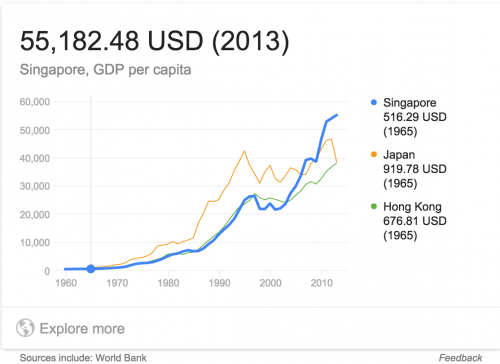 So what economics policies have Mr Lee pursued to change Singapore from a small tin & rubber producer in the 1960s to its prosperity today? We attempt to discuss two key economics policies that Mr Lee had adopted to lay the solid foundation of the Lion City here:

Shortly after being expelled from Malaysia in 1965, Mr Lee had no choice but to adopt a strategy of aggressive export promotions as he could no longer rely on Malaysia’s market to sustain Singapore’s export growth due to the strained relationship. Furthermore, Singaporeans had neither capital nor expertise in cultivating sustainable export markets (other than commodities like tin and rubber).

As such, Singapore had several incentives like low corporate tax rates, forming of National Wage Council to keep wage growth in check and even providing of ready infrastructures – Jurong Industrial Estate to attract big American names like National Semiconductor and Texas Instruments in the late 1960s. Cumulative investments in manufacturing rose from S$157 million in 1963 to S$995 million in 1970 to S$3.05 billion in 1974. This in turn, jumped start the production and export capabilities of Singapore and created many employment opportunities for Singaporeans. Faced with an unemployment rate estimated at 13.5% in 1959, unemployment fell to just over 10% in 1967 and a mere 2% in 2014. 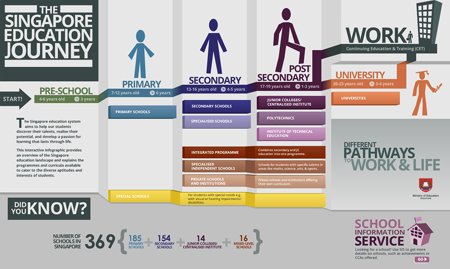 Before we even start on this, for non – economics readers, Supply Side Policy simply means economics policy to increase the production capability & capacity of any economy. When an economy is more productive, it can lower production cost while produce more, generating more wealth for a nation.

Mr Lee placed a lot of emphasis of education and re-training of structurally unemployed Singaporeans as Singapore’s only endowment of resources are its human capita. Any idle resources represents huge opportunity cost to Singapore. Lastly, a skilled and educated workforce will ensure constant stream of higher valued-FDIs into Singapore as low end manufactoring jobs are essentially not sustainable due to persistent wage growth. Singapore’s education phase can be roughly broken into two under Mr Lee’s period:

The focus was placed on providing basic education to the mass public ASAP as prior to independence, two million people were unskilled and illiterate! Schools were built rapidly. Teachers were recruited on a large scale. The schools that had been established by different ethnic groups were merged into a single Singaporean education system. A bilingual policy was introduced so that all children would learn both their own language and English. A textbook agency was created to provide textbooks. The expansion was so rapid that universal primary education was attained in 1965 and universal lower secondary by the early 1970s. By the end of the “survival-driven phase”, Singapore had created a national system of public education. However, as the focus was providing basic education only, quality of the workforce remains fairly poor i.e out of every 1 000 pupils entering primary grade one, only 444 reached secondary grade four after 10 years. And of these, only 350 (35% of the cohort) gained three or more passes in O-level examinations.

During this phase of education, the focus shifted significantly. The government’s economic strategy was to move Singapore from a third-league, labour-intensive economy to a second-league, capital and skill-intensive country. So in January 1979, a new education system was introduced. Singapore moved away from its earlier one-size-fits-all approach to schooling that would create multiple pathways for students in order to reduce the drop-out rate, improve quality and produce the more technically-skilled labour force needed to achieve the new economic goals.

Streaming (tracking) based on academic ability was introduced, starting in elementary schools, with the goal of “enabling all students to reach their potential while recognising that all students do not grow academically at the same pace” Students could have more time, for example, to complete different stages of schooling. The multiple pathways included three types of high school:

The Curriculum Development Institute of Singapore was established to produce high quality textbooks and instructional materials for the different pathways – I believe this policy is adopted in line with his schooling days in Raffles College, where top tier students all receive good quality English textbooks that was standardised in the U.K.

While streaming was unpopular when it was introduced, drop-out rates did, in fact, decline significantly. By 1986, only 6% of students were leaving school with fewer than 10 years of education. The range of efforts to raise standards also yielded results: performance in the O-level English examinations went from a 60% failure rate to a 90% pass rate by 1984, and by 1995 Singapore led the world in mathematics and science on Trends in International Mathematics and Scientific Studies “TIMSS”.

As Singapore sought to attract companies with a more sophisticated technological base (e.g. silicon wafers, hard disk), a major goal of this second phase was to produce technical workers at all levels. Concerned about the low status of blue-collar jobs, from 1992 Singapore invested significantly in the Institute for Technical Education. With a number of campuses around the city, the ITE provides high-quality technical and vocational education, with high-tech facilities and amenities that are comparable to those of modern universities elsewhere. 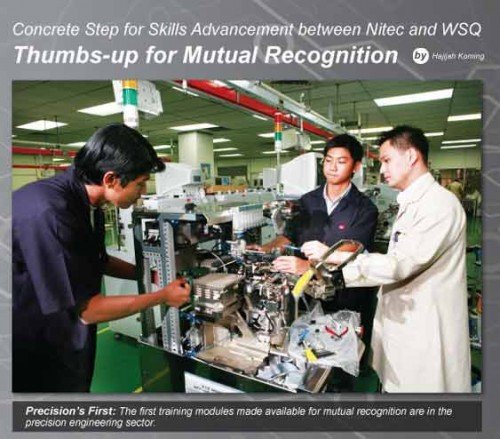 Each technical field is advised by industries in that sector to keep it current with changing demands and new technologies. New programmes can be built for multinational companies looking to locate in Singapore. There has been strong market demand for ITE graduates, and it is possible for the top graduates from the ITE to go on to polytechnics and then to university. As a result of these changes, the image and attractiveness of vocational education vastly improved. At the top end of the technical workforce, the number of university and polytechnic places was also expanded during this period to increase the pool of scientists and engineers.

Of course, there are many other more tangible factors which are not exactly economics related but complements closely with the above two policies like Good Governance. However, these factors are simply non-exhaustive.

We are safe to say that without Mr Lee and his economic foresight, Singapore will never progress this far. In the end, I would like to end with one of Mr Lee’s quote: 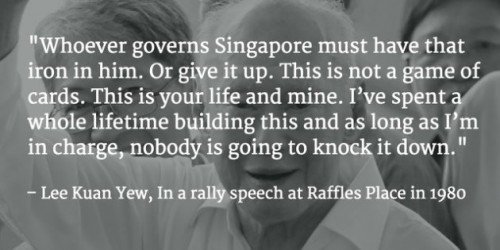 RIP Mr Lee. You have did your best to bring Singapore from a third world country all the way to a near first world despite all odds and difficulties. Singapore will be in good hands with the good team of successors you have groomed. And all the best to the next generation of leaders in Singapore to bring us to greater heights!