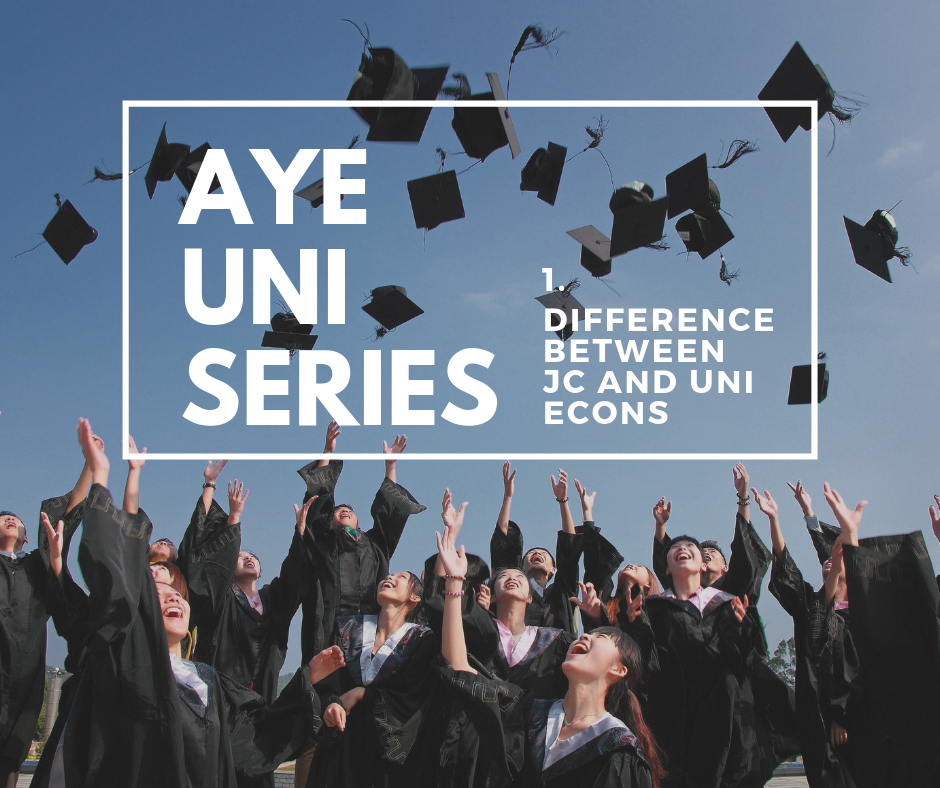 In the first article of our new “Uni Series”, Ace Your Econs goes beyond JC, A Levels and Poly to discuss and inform our JC, Poly and Private candidate students what might be awaiting them in university should you decide to take Econs.

Surprisingly (or not), many of our students tell us that they wish to study Econs in university, perhaps because they currently enjoy studying Econs. While they are the same subject, Econs in JC/Poly and Uni does have some differences. Hopefully, this article can shed more light on Econs in Uni and allow you to make a more informed decision about your choice of university course when the time comes.

As Econs courses in Poly are more similar to Uni than JC Econs, the focus of this article will be more on the difference between JC and Uni Econs.

In JC, and to a slightly less extent Poly, many Econs concepts we use in our analyses can actually be derived mathematically. Perhaps due to the tight timeline of the A Levels, it is not required in JC Econs to know how these concepts are derived as long as we apply them correctly. In Uni Econs though, many foundation modules and beyond take you through models and mathematical calculations to teach you the derivation of these concepts previously just assumed in JC.

Following Point 1, while JC Econs is writing-based with essays and CSQs, Uni Econs, due to its largely derivative nature as well, is more calculation-based. However, that should not deter students who do not like Math from taking Econs in Uni as the math required in Uni Econs is usually not as advanced as A Level H2 Math.

The fixed curriculum of JC Econs defines the scope of content for a JC Econs student. However in Uni, there is greater freedom in course choice, especially in your later few years of studies after your foundational modules have been cleared. This leads to my last point:

Whether you are considering studying Uni Econs or any other courses, if you currently need help with your JC Econs, find out more about how Ace Your Econs can help you be “Great Beyond Grades”!

ACE Your Econs with the AYE team