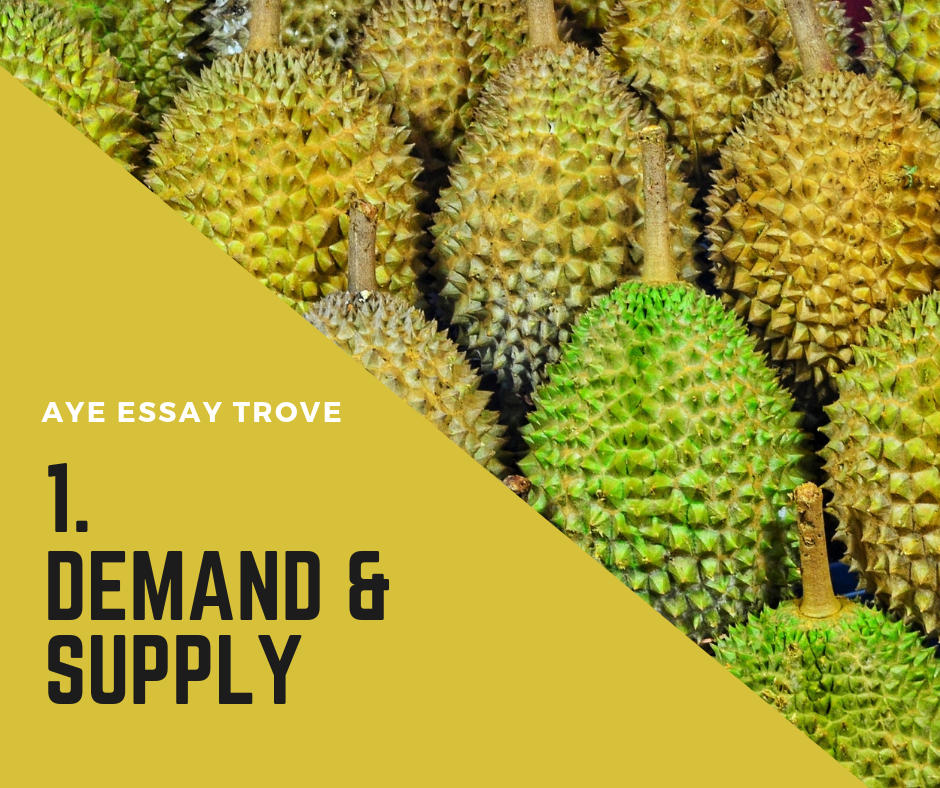 Poor harvest and continued income growth have contributed to the significant increase in the price of durians in Singapore.

Explain why poor harvest and continued income growth may have contributed to the sharp increase in the price of durian. [10]

Firstly, due to the supply factor of poor harvest possibly because of poor weather, durian producers are likely to produce fewer durians at every given price level and will have to scale back their production. This is because poor weather i.e a drought leads to infertility of the durian crops, thus leading to a fall in production.

Secondly. the demand factor of continued income growth may have contributed to the increasing demand for goods and services as consumers now have a higher purchasing power to consume more goods, including luxury goods such as durian. Thus, this leads to an increase in demand for durian at every given price level. 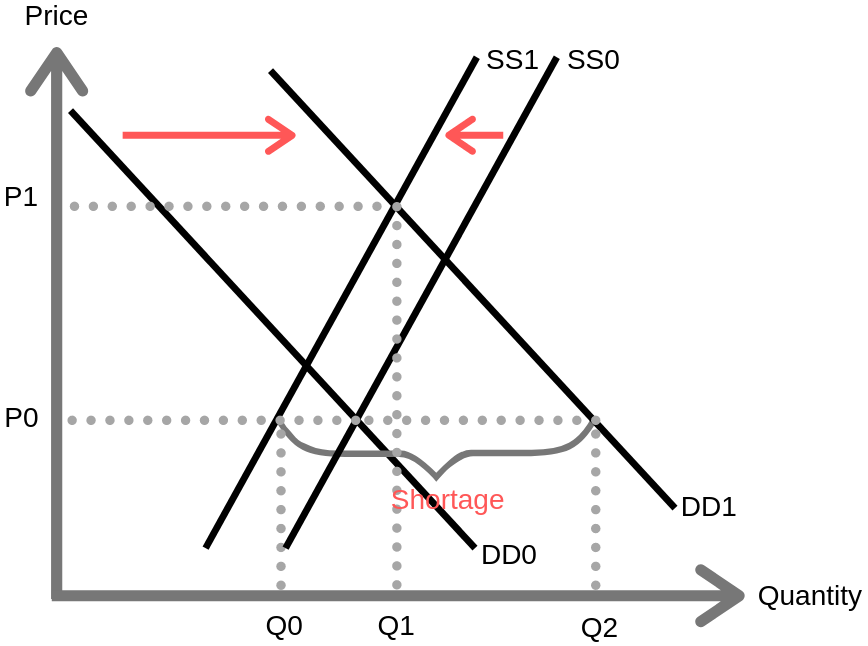 As shown in Figure 1 above, with demand increasing from DD0 to DD1 and supply decreasing from SS0to SS1 at the same time, there will be a shortage of Q1Q2created at the original equilibrium price P0. Given the limited supply of goods, utility-maximising durian buyers bid up prices in order to get their goods. The higher prices allow for durian producers to produce goods that can only be produced at a higher marginal cost, increasing quantity supplied. On the other hand, consumers that are constrained by their budget or unwilling to pay the higher price drop out of the market, decreasing quantity demanded. The adjustment will continue until the price increases enough to eliminate the shortage of durian. Price increases from P0to P1.

Producing of durian also requires significant time period. In other words, durian is seasonal, available in certain time period and takes time to grow. As such, durian producers cannot simply produce more durian immediately to keep up with the increase in market demand. Durian is thus deemed to be price inelastic in supply. 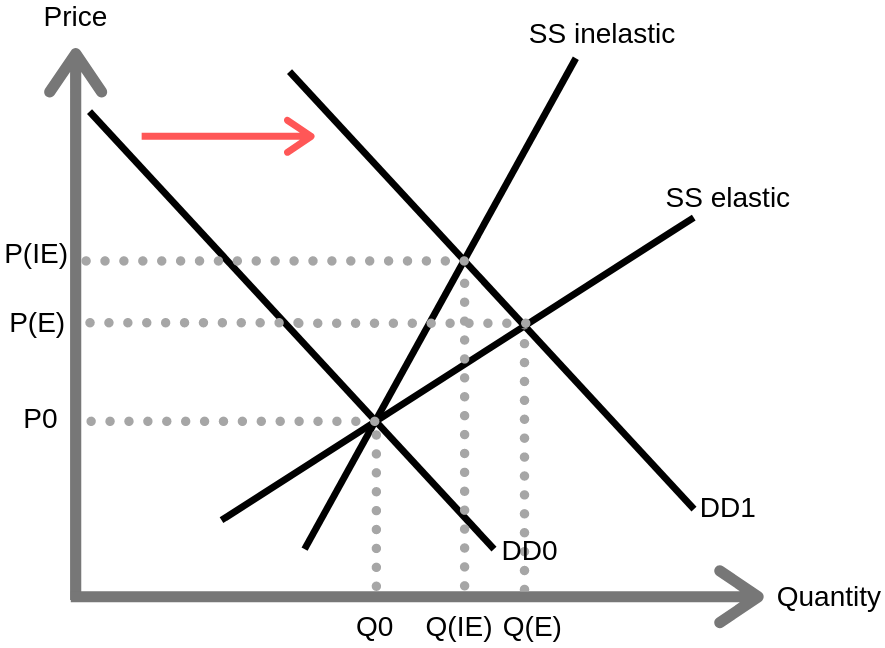 Therefore, due to the way the market works and the relationship between the various goods, continued income growth and poor harvest may have contributed to the sharp increase in price of durian.

This Demand and Supply sample essay is part of Ace Your Econs’ 2nd publication, under Economics in Minutes, which can be found in all major bookstores.