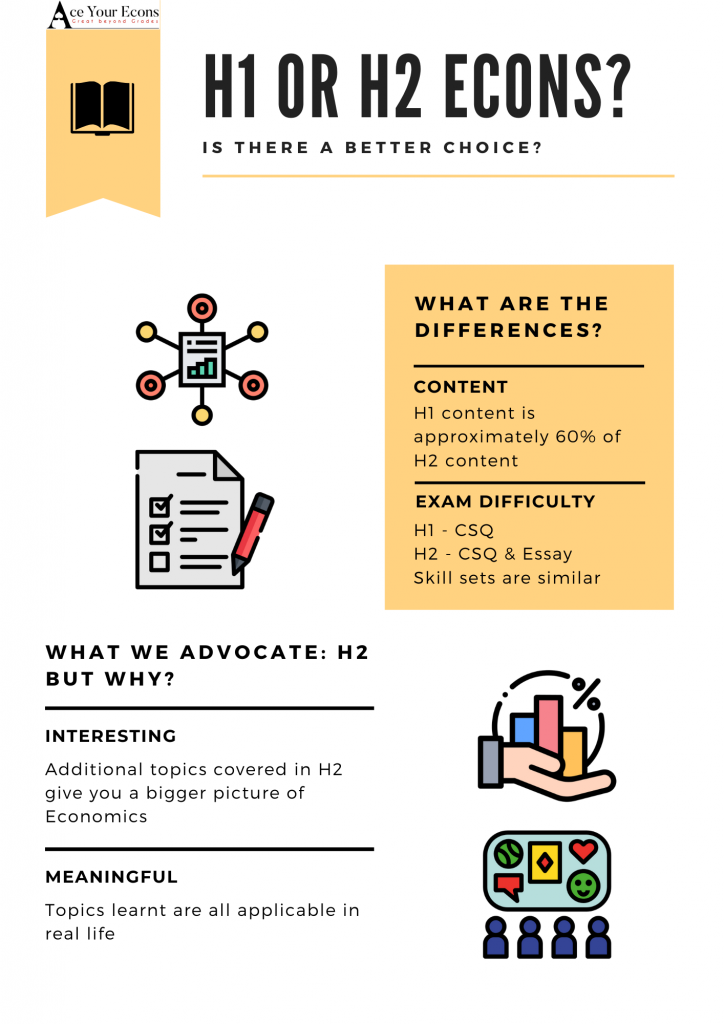 Congratulations J1s! You have successfully entered JC (hopefully your ideal one). Now that orientation is over, you have reached the next phase of your induction. Which subject should I choose? Should I even choose Economics? Let’s assume you have decided to take Econs. But should I pick H1 or H2 Econs? What is the main difference between them?

Evidently, H1 has much less content than H2. To exemplify, Market Structure, a topic where students get to learn the behaviour of firms (such as price wars between SingTel and Stahub), is not in the H1 Syllabus.

A rough estimation of the difference in content is that H1 is approximately 60% of that of H2.

While there is a difference in difficulty level, it does not mean that taking H1 is all that bad! This difference has led to a generation of some misconceptions of H1 Econs, which we have debunked over here!

So what should you pick?

In all honesty, I would still advocate H2 Econs. But why?

To allow you to have a better understanding on the difference between the two syllabi, you could proceed to the content outline for  H1 and H2 Econs respectively.

So, have you made your choice? Will it be H1 or H2 Econs?